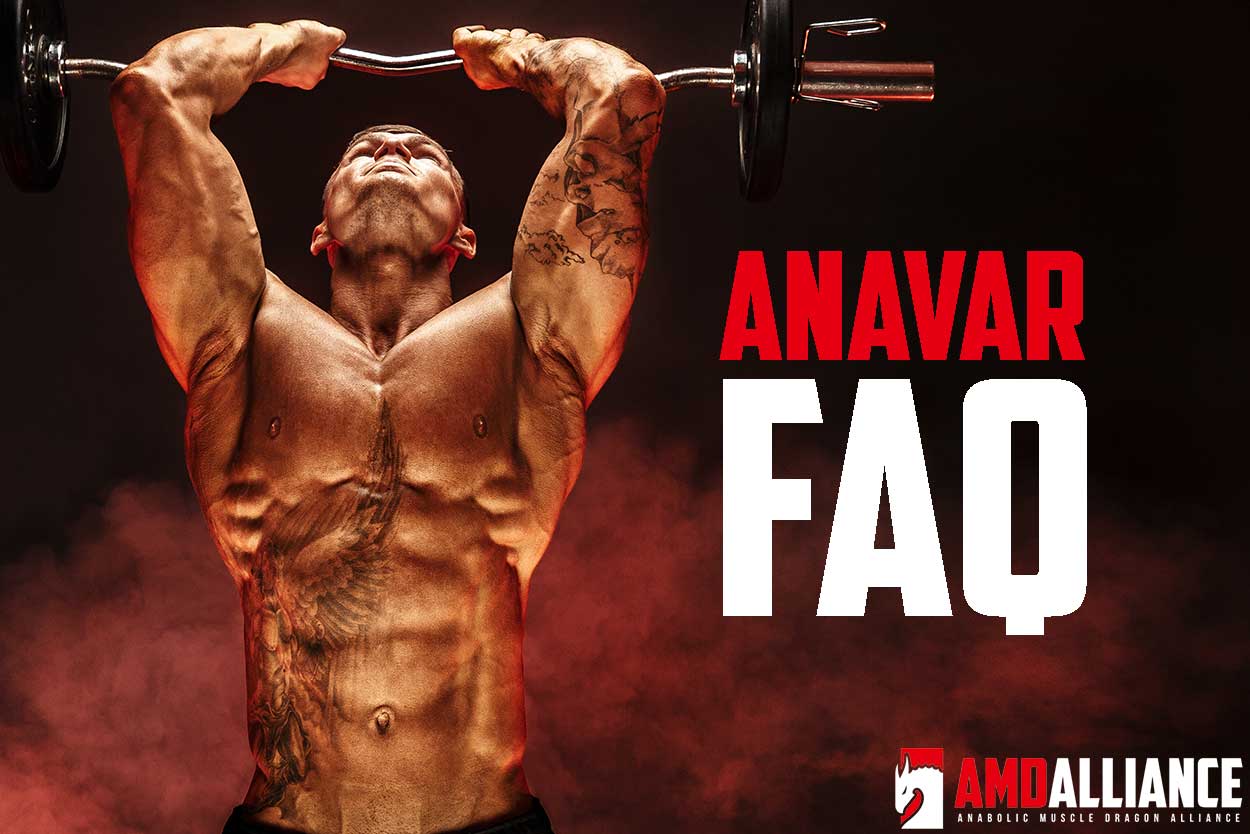 With the winter bulks behind us, most gym rats and bodybuilders will now transition into the cutting phase for summers.

There’s nothing like a ripped, vascular physique to show off on the beach. Body fat under 12%, ab muscles waiting to pop out.

One of the first anabolic compounds that comes to your mind when you think of a cut is Anavar.

Anavar has earned a reputation of being a ‘mild’ anabolic steroid that can give you dry and lean muscle gains.

The fact that it burns fat and does not pose some of the risks that come even with plain old testosterone, makes it a crowd favorite.

But if you have never used Oxandrolone before, then there are a few things that you must know before you hop on to a cycle.

For example, if you are on TRT and are looking to add some Oxandrolone for vascularity, then this Anavar FAQ can be used as a reference guide.

Why is Anavar so popular?

For a steroid that is considered to be mild for the kind of results that it normally produces, Anavar’s popularity never ceases to amaze us.

But if you look at its traits, there are two very unique ones that makes it so desirable.

Oh, we forgot to mention that it’s also because Anavar is an oral steroid. People hate pinning in general. When they have to do it twice or thrice a week for 16-weeks, that seems like an ordeal in comparison to popping a couple of pills.

What are the results that you can get with Anavar?

You can gain muscle, burn fat and get stronger. Doesn’t that tick all the boxes that one looks for from an anabolic steroid?

Only, the extent of muscle that you will gain will be pretty low even by steroids’ standards.

If you are okay with that for a 12-week cycle, you can run Anavar solo.

But most users will pair it with Testosterone where it works more like a drying compound.

While test does the heavy lifting, Oxandrolone will give you that polished look. All the excessive water that you gain with test will be flushed out.

You can easily gain up to 16-18 lbs. of quality muscle with a test and Oxandrolone cycle. It works like a body recomp.

How long should you use it?

Anavar is usually used for the entire duration of the cycle, depending on what you pair it with.

So, you can expect the average Anavar cycle to last for 12-weeks at least. Some even run it for 16-weeks with no problems whatsoever.

It has a very mild side effect profile which makes it possible to run for 16-weeks without too many problems.

Does it cause gyno?

Oxandrolone does not aromatize to Estrogen. So, it does not cause gynecomastia nor does it increase water retention.

If you feel that your nipples are puffy from an Anavar only cycle, then the Oxandrolone you are using is fake. Period.

So, always buy from a reputed, trusted source only who can give you legit stuff.

If you are running a stack that includes Oxandrolone and are experiencing gyno symptoms, it’s most likely one of the other compounds. Always keep an AI handy before you start a steroid cycle.

Will it tax your liver?

Anavar is a 17C-AA oral anabolic steroid that is metabolized by the liver.

This will stress your liver but not to the extent that it is often described on the internet.

As long as you use a good quality liver support supplement and don’t have any pre-existing liver conditions, you should be fine.

Can you drink Alcohol while using Anavar?

Again, that depends on your existing liver health, your Anavar dosage and the type of liver support you are using.

Oh, and also what defines alcohol usage for you. If it’s a beer or two on the weekend, you should be just fine. But if you cannot stop at one beer or if you drink hard spirits, you are only looking at Cholestasis sooner or later.

This stuff can kill you. So be smart and avoid drinking altogether if you can. If you can’t, then cut it down.

Can you run an Anavar only cycle?

We must have answered this a million times already.

If you are a woman, a Var only cycle is the gold standard. It will make you lean, it will help you build muscle and it will burn fat, all without turning you into a man.

If you are a male, an Anavar only cycle is not recommended. The Anavar will most likely shut you down and by the time you start to see some gains, you will feel like shit. Your libido will have crashed, your energy will have dissipated.

Run it with a small dose of test and you will see the magic happen. Even a TRT dose will be just fine.

How does it compare to SARMS?

There are some SARMS that can give you results that are close to what you can get with an Anavar only cycle.

But if you compare the results of a SARMS cycle with a cycle of Test and Var, the latter will blow the SARMS right out of the water.

SARMS, no matter how strong, won’t even come close.

Test and Var will make you big, lean, dry and strong. Nothing even comes close except for stronger AAS cycles.